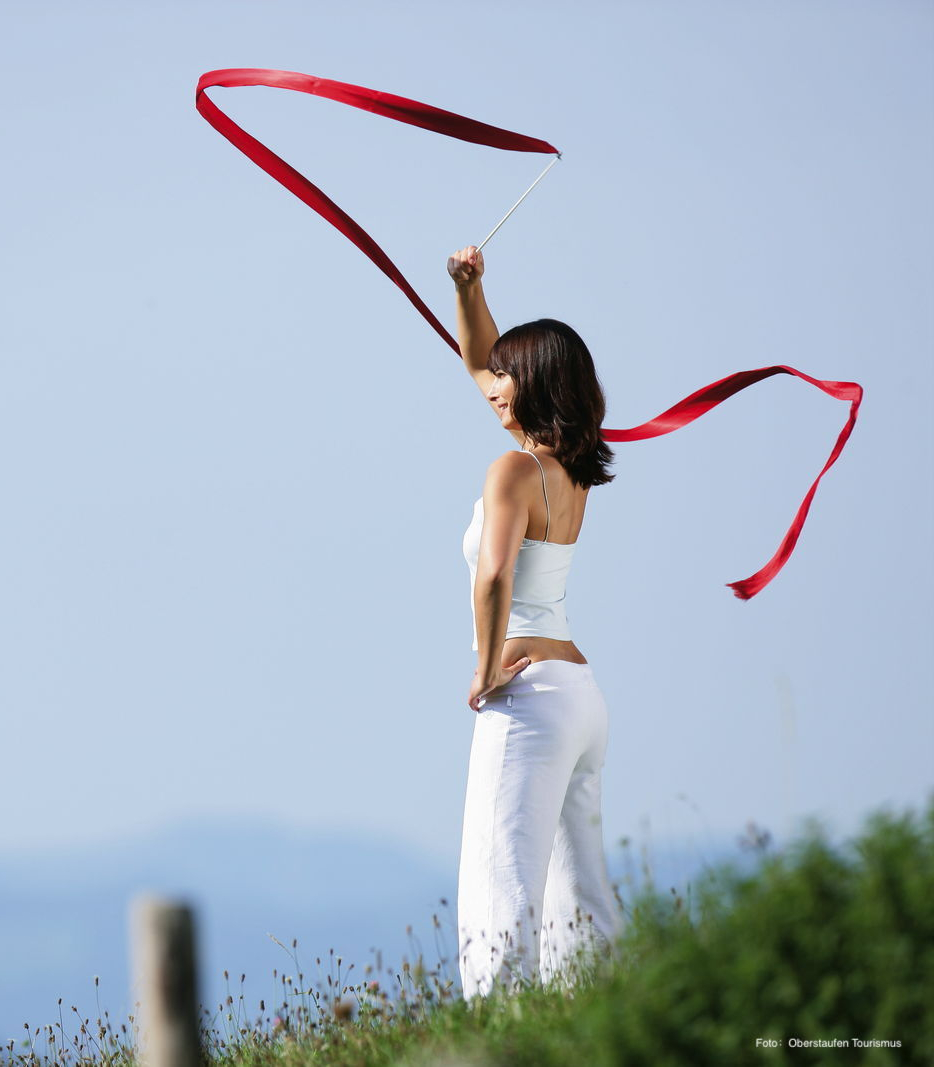 Time out in Allgäu - Where your wellness becomes a holiday

Almost 200 years ago, the haulage contrac-tor Johann Schroth, cured his injured knee with the help of a cold and wet compress. He then went on to invent the whole body compress or pack, using the same method, which is what the cure guests are given today, in the early morning hours. Johann Schroth’s observations were that sick cattle refused the intake of food and restricted drinking to a minimum, these facts were used to develop the two further elements of the cure: the Schroth diet and the Schro-th regulation of fluid intake. “The Original Oberstaufen Schroth Cure” is a naturopathic treatment and is always being adapted to suit the ever changing needs of people and current illnesses.

The general effect of the Schroth Cure is that it rids the body of the accumulated surplus acids, metabolic residues and harm-ful substances by excreting them through the skin, kidneys, lungs and intestines.

During the cure a lot of people experience a feeling of happiness and vitality which they haven’t experienced for a long time. The Schroth Cure becomes for them, a fond “enticement to true happiness”.

In today’s modern way of life there are many factors which come together and cause illness, which a healthy body could cope with if they appeared on their own: poor nutrition, emotional and physical stress, lack of exercise and high demands on everyday life and work. These cause the diseases resulting from modern day civilisation.

The Schroth Cure works with its four elements against this mish-mash of factors that lead to illnesses. According to today’s medical beliefs the naturopathic treatment, that was founded by Johann Schroth and further developed in Oberstaufen, works like a regulatory therapy. It can bring the basic regulation that has gone wrong, back into balance. It strengthens the body’s self-healing powers and immune system, enhances well-being, productivity, fitness and joy of life.

The four basic elements of the Schroth Cure

The calorie reduced diet is based on the principle of a fasting cure, which is thous-ands of years old. With a low irritability, rich in alkaline based vegetables, free from animal protein and fat and almost salt-free. Herbs are used for seasoning.You will be surprised how the chefs can cre-ate tasty meals by just using fresh herbs, it’s not as “tasteless” as you think. The cooked and steamed vegetables, fruit and rice, bar-ley and semolina are gentler to the digestive system than raw foods are. Dried plums, apricots and special dietary crackers provide the body with vitamins and minerals.You may find the first couple of days of fas-ting difficult, but the self-discipline is quickly rewarded: the body begins to use the most of its energy to de-acidify and detoxify. The craving of food eases and almost ceases completely.

Most people shudder just at the thought of being wrapped in a moist, cold body pack. This soon changes after the first few expe-riences and people become enthusiastic instead.Every day except Sunday you will be woken up in the early hours of the morning (from 4. a.m. onwards) by a qualified Schroth Cure therapist, called the “Packer”, with a cup of hot herbal tea. Afterwards, fresh out of bed, the well warmed body is wrapped in a moist cold linen sheet. Up to three hot water bottles are added to the pack and the body is then covered up with thick blankets. After just a few minutes the pack becomes warm and cosy.A natural hyperthermia treatment is carried out, a “healing fever” is induced, resulting in a raised temperature. The body reacts during the two hour pack by flushing out the metabolic residues and toxins. The nicest part of the Schroth Cure pack is the resting time afterwards, people tend to fall into a deep relaxing sleep.

In the past there were days when it was allo-wed to drink a large amount and “dry” days, when hardly anything was drank. Today they are still called “drinking” and “dry” days but without the strict regulation of days when nothing was allowed.The rhythmic change in the quantity of fluids is individually prescribed by the Schroth Cure doctor. This supports the natural tissue drainage which in turn stimulates the body’s self- healing powers.During the cure you can drink either mineral water, fresh juice, teas and even on the so called “drinking” days, a dry wine in modera-tion. When allowed by the doctor, men can drink up to ½ litre and women up to ¼ litre. It has been proven scientifically that drinking wine in moderate amounts has a positive effect on your health. This is of course one’s own choice, people can be in high spirits du-ring the Schroth Cure without drinking wine.

4 Alternating between rest and exercise

In combination with the rhythmic change of fluid intake, the alternation of rest and exercise contributes to a successful cure. The body’s metabolism is stimulated, hel-ping to relieve stress and contributing to a further fat reduction. Whether you exercise moderately or engage in peaceful moments, the mild stimulating climate at an altitude of 800m to 1800m, has a positive healing effect on the organism. It is especially good for the respiratory tract, skin, and rheumatism and also works positively against heart and vascular disease. On the “drinking” days you can join others on the guided walks, go dancing, golfing and enjoy other activities and exercises. On the “dry” days, it is time to rest.On the resting days relaxation techniques, massages and easy strolls are recommen-ded. You might even enjoy doing nothing, breathing in the fresh air, maybe reading or just lying in the sun, taking in the alpine panoramic views. This activates the para-sympathetic nervous system and cares for the regeneration needed.

The trip inclusions and exclusions at a glance
What’s included

The prices vary according to season. We would be happy to advise you personally and individually at any time. We look forward to your inquiry!

Info! Sorry No Review for this Trip
Write A Review

suites, and studios greet you in a cosy, charming and luxurious design. The stylish-modern and yet rustic-traditional atmosphere is a declaration of love for the Allgäu and a feel-good invitation to our guests. You are surrounded by loving attention to details and natural alpine materials, all inspired by traditional craft. The room furnishings combine trends and traditions and the heart-felt hospitality of the Allgäu is ubiquitous.

Shared Rooms included in teh Price Items that are covered in the cost of tour price.